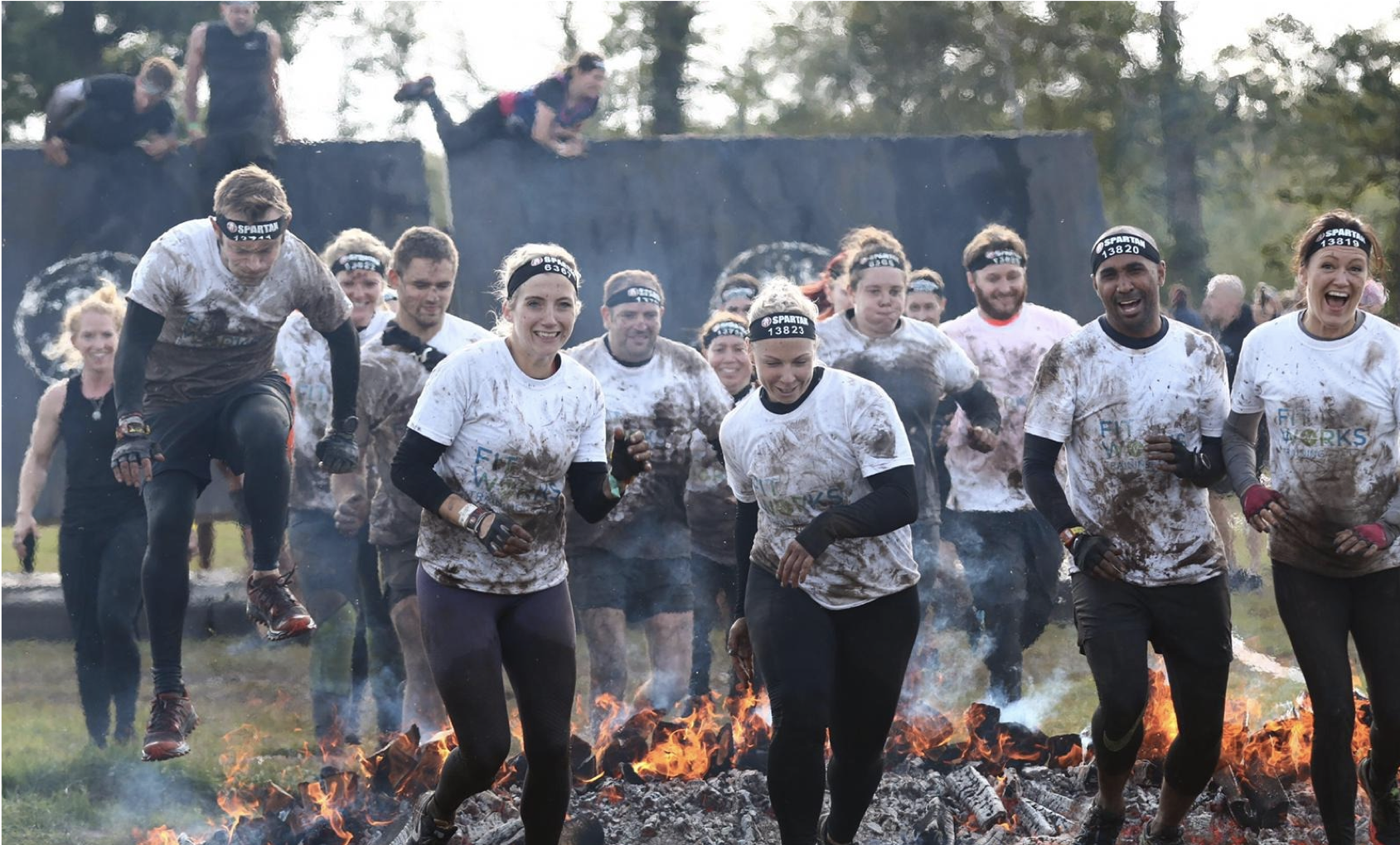 A participant in our team wrote the below piece after Fitworks took part in Spartan last Sunday. We’re reposting with their permission and for awareness of World Mental Health day on Thursday 10th October.

Behind the mud and the smiles from the weekend I struggled. Not with the race (though it wasn’t easy 😂) but mentally I was not in a good place. I’d had a rough week. I was in a low phase and thought I was powering through. I’ve never hidden my struggles to friends & family but I’m not someone to talk much on social media about it. After 14 years of struggling with severe depression and having a few funny phases I was put under the mental health team. I was a mess, in so many ways.

After months of assessments, appointments, endless drs and psychiatrists I got my diagnosis of Bipolar II approx 15 months ago. The medication and mood stabilisers were a revelation. They keep me in the middle.

In the race yesterday I was with a team. They were all wonderful. We’ve all trained together for a few months so we all had a good rapport. I had a panic attack before the race started. My body spiralled and I couldn’t get over the wall to get in the bloody start bit. It made the panic worse. It wasn’t the race, I had been looking forward to it (in my own weird way) but more that I wanted to be at home on my own. For no rhyme or reason I just didn’t want to talk to anyone, let alone be part of a team. I’m the first to cheer everyone on. This time I was the one who needed it but I didn’t want it. I nearly gave up at that literal hurdle to sit in the car.

For the first 7km I was the person at the back of the team. I felt I was a hindrance. Within this team are two of my best friends. I couldn’t have completed it without these amazing two. They took it in turns to breath through the endless panic I was feeling, remind me to put one front in front of the other. Hug me and calm me down 💖

I did the race through teary eyes. I could physically do it but my brain was fighting against me the whole way. I wanted to tell all the people running past me that I had trained, I’m not unfit. It’s my brain, it’s telling me to stop and be on my own. Despite everything I actually did it. I finished it with the most amazing team. I got my medal.

I looked at the pictures today. Someone remarked about how happy I looked. I do look happy but I’ve perfected that mask. That’s why we need to talk. You never, ever know what hides beneath someone’s smile.

National Mental Health Day raises awareness of all mental health issues. We’re all getting so much better at talking about it but there’s still a way to go.

Cheer people on but also accept the cheers when you’re the one who is struggling. It’s not failure to admit that you may need those extra cheers from people around you.